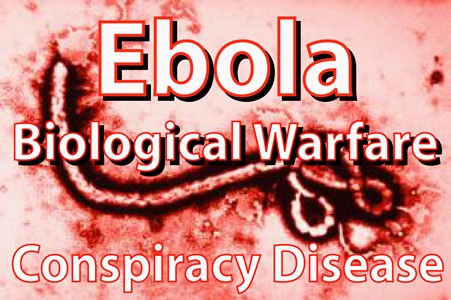 According to a report found on:

According to the same report

15 days: The time it takes for Ebola cases to double in Liberia, according to CDC estimates.

According to my calculation if this report is truthful that 1.4 million people will be infected with ebola by jan. 20, 2015 in Africa and that ebola doubles every 15 days then the Continent of Africa will be filled with ebola cases by the end of 2015. By the end of 2015 if this report is truthful the majority of Africans may have ebola if African Humans and Spiritual Beings do not prevent the disease from spreading throughout the continent of Africa.

Let us do the Math: 1.4 million or 1 million 4 hundred thousand people is what they are predicting will be infected with ebola in Africa by Jan. 20, 2015.

15 Days thats how fast Ebola Doubles in some places in Africa such as Liberia.

15 days later June 10th 2015 (1,433,600,000) that is 1 billion, 433 million, 600 thousand people may be infected by ebola, the disease have doubled again in 15 days; by this time inside the time space of 6 months the population of Africa would have been exceeded by the ebola disease and almost all Africans would be dead inside the time space of 6 months because there are approximately only 900 million Africans in Africa and by the 11 cycle of doubling of the disease, the disease would have exceeded the population of Africa based on these projected figures that I have made based on the report that state that ebola doubles in liberia every 15 days and that by Jan. 20, 2015, 1.4 million people may be infected with ebola in Africa.

Ebola is a Conspiracy it is not a natural disease; Ebola is a Conspiracy disease that is a biological warfare program to wipe out whole populations in the worst way using disease. The crafters of ebola and other biological warfare figured out that they can kill whole populations without using any military invasion of a country by simply spreading disease as a biological warfare as a tool of mass destruction. Disease is one of the number one killers of Humanity ever since the beginning of the journey of Humanity. Invisible spiritual beings that control the world around us figured this out a long time ago that they can control the population of the world by killing us Humans with disease and they regularly plague the Human population with disease. "The Black Death, caused by the bacterium Yersinia pestis, wiped out 30 to 50 percent of Europe's population between 1347 and 1351." It only took 4 years for the black death to kill 30 to 50 percent of Europe.Ebola is far worst then the black death as a killer and if ebola become air born then the whole world is in danger of being wiped out, ebola has a kill rate of 90%. "Statistical challenges may be inflating survival rate. The Ebola virus that is causing the raging epidemic in West Africa is famously lethal. In previous outbreaks it has killed as many as 90% of the people it infects"

Marc Gregory Pierre-Louis Solution to Fighting Ebola: Africans must come together to prevent their extermination through genocide caused by biological warfare brought upon by spiritual beings and physical human beings that are racists and genocidal. The Solutions and manufacturing plants to produce the solutions written below must be created and handled by Africans Only to avoid the ebola conspirators from sabotaging the efforts to cure Africa of the ebola biological warfare by infiltration and sabotage if it is the ebola conspirators Africans buy products from instead of giving them the cure and solution they will poison the product and sabotage the solution; and so Africans must build the manufacturing plants and solutions on their own to avoid sabotage and infiltration by  the  ebola  conspirators.

In order to do this the African Union must call for a curfew however long the curfew is called for during the curfew food and water must be delivered to areas that are under the curfew. Workmen and Women numbering in the millions must go throughout house to house searches for infected people who are infected with ebola; once an infected person is found the infected person must be moved to a quarantined area where the person will receive treatment if a person dies of the disease the persons body must be cremated so that the disease does not spread throughout the soil and water system of Africa. All infected persons houses must be disinfected with the ebola disinfection cloudy gas so that the ebola virus can be killed. All workmen and woman working on the disinfection project must be checked regularly for infection so that if they become infected they can be quarantined and a new worker must take their place. The water system and food supply must be checked to see if conspirators have poisoned the water and food supply.

If a cure is not found for Ebola then all of African territories and persons that are infected must be quarantine, disinfected and cleaned of the disease of Ebola. All animals that are said to carry ebola must be hunted and killed even though ebola is not spread by animals but is a man made and spirit made disease that began in germany, then the man made disease appeared in America, then it appeared in Africa. Ebola is a biological warfare brought upon by secret societies working in world governments some say the leader of these secret racists societies is the illuminati, but it is not only reptilian hybrid illuminati's that are spreading the disease it is also spiritual beings who are racists and are looking to kill all races that are not their own through biological warfare and physical warfare.

The spiritual world is far more racists then the physical world based on my own personal experience. The ebola biological warfare is mainly based on racists ideologies of genocide of non white races from the earth and the taking over of the world by a reptilian hybrid race of men that are half reptile and half human. White people are divided into two camps of people true human whites that are 100 percent human and hybrid whites that are half reptile and half human; the reptilian hybrid whites are mostly illuminati and they are a secretive group that are fighting to take over the whole world through genocide of all the local human population including the genocide of true whites.

Humanity is also surrounded by spiritual beings that appear to be human but they are not human they are spiritual beings such as aliens, demons, angels, gods, nature spirits, higher entities, and matrix spirits. Some Humans we see walking down the street are not human at all but are spiritual beings who appear to be Humans some of them are good some of them are evil, some of them even eat humans as a food source; and so many humans are being farmed by non-humans who appear to be humans, but are not humans but the farmers of Human Beings they have psycho kenetic powers to speak to each other secretly without humans hearing what they say to each other, they also can read the mind of local humans that are non-spiritual if you are unlucky they are monitoring you right now as you read this paper don't be afraid know your legal right as a Higher Intelligent Life form to Life, Liberty and Security of Person. As a Higher Intelligent Life form you have the right not to be eaten as a food at all and not to be killed by anyone unless you commit murder against another Higher Intelligent Life Form. One day the Marc GPL Creatic will cause Humanity to live forevermore as a human form that is born right here on Earth we will no longer have to die to go to the spirit world, but we shall be able to travel to any world environment without dying but through our own will and vehicles. Ebola must be destroyed, removed, and abolished from Human Life and from the whole Universe. I wish Us Humanity and Friends of Humanity Good Luck Against the ebola virus and ebola conspirators who are physical and spiritual. ​Please Share This Story With All Your Friends on Facebook or any other Social Media or Venue.